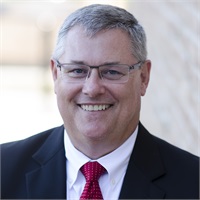 In addition, Dennis holds a Series 6, Series 7, Series 24, Series 63 and Series 66 Securities licenses’ and has earned the Certified Senior Advisor designation. He graduated with a Bachelor of Science degree in Business from Indiana University, Bloomington Indiana Campus in 1981.

In February of 1982 Dennis started his career at 401 N. Michigan Avenue with “The Equitable” doing Pension Analysis & Administration. He quickly moved into working closely with Attorneys in their own personal financial & estate planning and he has been in every major law firm in the Chicago Loop. After his 7th year with The Equitable, Dennis became a “Pit Trader” at the “Chicago Mercantile Exchange”, where he traded Currencies, S&P 500 Futures Contracts and Euro Dollars.

After almost 2 years of trading, Dennis decided to start his own Wealth Advisory Business, so in January of 1991 he signed a lease and opened an office on LaSalle Street in the business district of Chicago. He has been dedicated to his business ever since.

Dennis has been married to the love of his life Tammy since January 1984 and they have been blessed with three wonderful children. Both Dennis and Tammy enjoy stability in their lives and have lived in their Shorewood Forest home in Valparaiso since 1997.